Whether or not you watch it, you’ve probably heard of The Bachelor, the reality show on ABC that focuses on one man’s journey to find love and, if all goes according to plan, a fiancée. Since its debut in 2002, the franchise has grown into a cultural juggernaut and global phenomenon with international versions and successful spin-offs, and it ranks among the longest-running reality shows on American TV.

So what accounts for The Bachelor’s success? It’s not the promise of long-lasting relationship success. Only two bachelors from the show’s first 23 seasons are still married to the person they chose on their season (although couples from The Bachelorette and Bachelor in Paradise spin-offs fare better). And since Chris Harrison has repeatedly promised that no one, ‘not even Peter’ knows how this season will end, viewers can’t expect wedding bells to chime at the end of this season, either.

So how does The Bachelor do it? How have they created, branded, and franchised a show based on love and marriage that so often doesn’t end with either?

The Bachelor knows exactly what its fans want: a process they can trust, cast members they can react to, beautiful exotic locations, and the push and pull between authentic romantic feelings and the natural skepticism around finding love on a reality TV show.

The Bachelor is highly self-aware, and it uses humor to overcome potential skepticism. The show and its contestants never forget that it’s a reality dating show, and they bring humor into every season. They give certain cast members job titles such as “Former Child,” “Free Spirit,” and “Chicken Enthusiast.” The producers encourage at least one contestant to arrive on the first night in a costume (we’ve seen a sloth, a unicorn head, a dolphin… or was it a shark?). They host group date competitions such as pillow fights, sumo wrestling, and bikini tractor races. Doing some ridiculous things on a show with the ridiculous premise of finding a wife on TV after 10 weeks is a good way of making sure everyone’s in on the joke.

Because the show has such a large, active fan base and a cunning sense of humor, it can parlay certain predictable elements of the show into inside jokes. Rather than making the show feel boring or stale, phrases uttered every season like “trust the process,” “there for the wrong reasons,” and “not here to make friends” reinforce the sense of continuity and fulfill the brand promise. Much like fans of WWE, Bachelor fans know the producers play an active role in creating gags and stirring drama, but the silliness and theatrics are part of the fun.

This commitment to format also makes it easy for new fans to join and lapsed fans to return. Its editing techniques, cliffhangers, and documentary-style confessionals are standard fare for reality TV, and its predictable 10-week episodic structure makes it easy for first-time viewers to follow along and for recurring viewers to miss a season and still pick up almost where they left off.

The Bachelor builds community and identity

The Bachelor understands and leverages the power of its community and uses engagement to build fan identity with the series. The show’s host, Chris Harrison, and all of its contestants are active on social media, where they converse with contestants from previous seasons and the community of fans known as “Bachelor Nation.” The Bachelor incorporates the fans directly into its episodes; the show’s dates often happen in public spaces, where fans are free to watch the bachelor and his love interest dance in the streets. They air at least two episodes a season in front of a live studio audience, during which Chris Harrison and the bachelor often drop in on large viewing parties hosted by fans, further reinforcing the idea that watching The Bachelor is a communal experience.

To further their sense of connection, highly engaged fans can also build their own communities within the larger Bachelor Nation. The Bachelor has spawned podcasts, parody social media accounts, and fantasy leagues, and rather than trying to regulate these efforts in the name of brand protection or copyright, they have recognized the power of this word-of-mouth marketing and allowed these groups to flourish.

This strong community and the brand’s personality allow fans to incorporate their fandom into their identity. High identification with the Bachelor brand means that fans will support new brand spin-offs, defend less successful seasons, and seek to share their brand love with others.

The Bachelor taps into our fundamental (BASE) needs

All people share fundamental needs – these are the needs that drive us to act, that we fight to preserve, and that help us feel good. And a bachelor in search of a life partner is no exception. When choosing his partner, consciously or unconsciously, the bachelor will weigh his choice on how best to satisfy this fundamental BASE needs:

Of course, the show also does a great job exposing the BASE needs of the contestants themselves. Over its 24-season run, the show has leaned into relationship dilemmas around religious and/or family values, multi-cultural backgrounds and histories, past relationship experiences and trauma, and the universal desire for companionship. This reveals a certain degree of vulnerability from the contestants that allows viewers to connect and identify with them.

The Bachelor isn’t so much about finding a wife as it is about the journey to find one, and by building a framework around this search, the show taps into its audience’s BASE needs, too. Everyone is attracted to each BASE need on some level, but each need is prioritized differently from person to person. The qualities that one person prioritizes in a potential mate can vary wildly from another person’s. The show crystallizes this dynamic as cast members navigate their values and make difficult decisions that are often much different than what viewers would decide (which is why some viewers find themselves screaming at their TVs in frustration and disbelief). 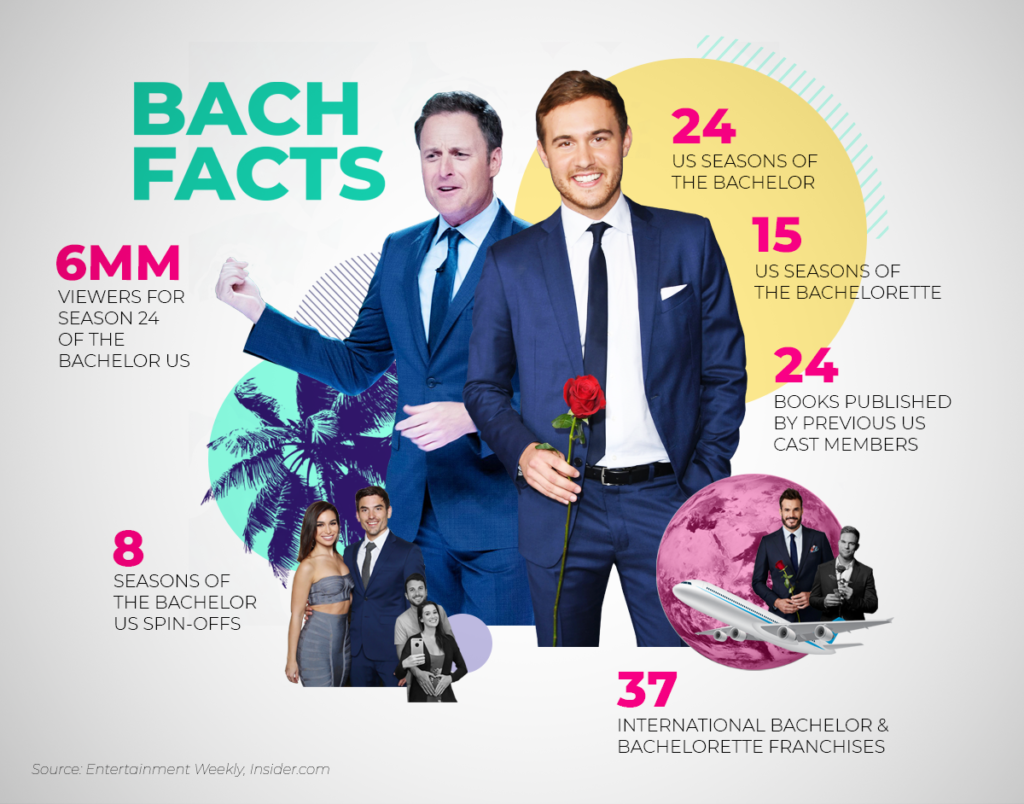 What can other brands learn from The Bachelor?

Whatever you think of the show and its content, one thing is clear: The Bachelor has taken a highly emotional and relatable experience, turned it into a product, and branded it in a way that encourages community engagement. Not all products are as inherently appealing as a reality dating show, but they can still learn key lessons from The Bachelor’s success:

Are consumers emotionally connected to your brand? Material’s Pragmatic Brain Science Institute® can help you assess and shape how consumers engage with your products and services on an emotional level. Contact Material today!